Cotton in Africa: Sustainability at a Crossroads

Cotton plays a vital role in the African economy, particularly in the sub-Saharan region. It is both a significant export crop as well as a fiber extensively used in the domestic textile industry and is key to farmers’ livelihoods and state revenue.

However, over the last few years, there has been a push to expand genetically modified (GM) cotton production on the continent without robust research into the long-term effects on farmer livelihoods and the environment. Evidence from India and other GM cotton-growing countries points to higher economic, social, and financial risks as well as the potential for increased use of pesticides, brought about by resistance to commonly used pesticides, and outbreaks of secondary pests. The introduction of GM crops also poses concerns over seed sovereignty, biodiversity, and uncontrolled contamination of non-GM crops.

Currently, seven countries in Africa have chosen to allow GM cotton production, while four have opted out of it. Many more are in the process of testing or policy development. In its new white paper, “Cotton in Africa: Sustainability at a Crossroads,” the Textile Exchange Pan-Africa Sourcing Working Group outlines the regulatory status of GM cotton in African countries, the benefits of organic and preferred cotton production, and concerns about GM technology. It also urges policymakers to create an enabling environment for preferred non-GM cotton production to thrive on the continent in response to consumer and industry market demand, given that organic rules prohibit genetic modification.

The use of GM cotton was slow to start in Africa, with South Africa being the first country to permit its use in 1997, followed by Burkina Faso 11 years later in 2008 (Burkina Faso has since suspended its approval) and Eswatini and Sudan in 2012. However, in 2018 alone, another four countries – Nigeria, Ethiopia, Kenya, and Malawi – approved the use of GM cotton and Eswatini started growing the crop. In 2020, Kenya planted GM cotton for the first time commercially. In Africa, genetic modification in general, or GM cotton specifically, is not permitted in Algeria, Burkina Faso, Egypt, or Madagascar.

There is increasing interest from within the textile industry, as well as pressure from consumers and NGOs, to set commitments for sourcing more sustainably grown cotton as evidenced by the textile industry’s involvement in the 2025 Sustainable Cotton Challenge and other initiatives. Leading designers, manufacturers, and retailers are increasingly making commitments to use more organic cotton as they develop their sustainability strategies, often focused on climate change mitigation. In so doing, they are supporting the more than 182,000 farmers growing organic cotton worldwide – including the more than 36,000 in Africa.

These companies also are looking into becoming certified to finished product standards such as Textile Exchange’s Organic Content Standard as well as the Global Organic Textile Standard, which prohibits the use of GM cotton.

With increased production and vertical integration, Africa has the potential to become a significant hub for ethical and sustainable textile-based development. There are numerous benefits to sourcing organic cotton and GM-free preferred cotton from the continent. These include:

Today, Africa is at a crossroads. Textile Exchange’s Pan-Africa Sourcing Working Group urges policymakers and the textile industry to take a path toward resilient and healthy rural communities and capitalize on the growing demand for preferred cotton production and manufacturing. The time and place are ripe.

Textile Exchange’s Pan-Africa Sourcing Working Group supports and encourages the growth of organic and preferred cotton programs (such as Fair Trade and Cotton made in Africa) that prohibit the use of genetic modification. These programs also embrace practices that build organic matter in soils (increasing carbon sequestration), support smallholder farmers, and protect human health and the environment.

Key to expanding preferred cotton production and manufacturing is creating institutions, networks, and the related infrastructure by governments, industry, farmers, civil society organizations, foundations that come together with a common goal. This includes having organizations funded and in place that can organize and train the farmers and manage internal control systems, among other roles. Until these additional needs in management capacity and technical expertise are addressed, increased demand will not automatically translate into increased production.

To join the Pan-Africa Sourcing Working Group (at no cost), please contact Materials@TextileExchange.org. 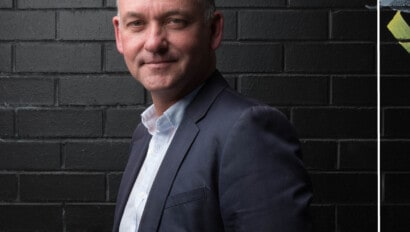